According to historic-uk.com, love lured this creature out of the depths of the lake. It was love that saved the day, because there was a time when the good folk who lived along the Conwy valley were plagued with terrible flooding that both drowned their livestock and ruined their crops.

The cause of this destruction to people’s farms and livelihood was not a natural disaster. Everyone knew the floods were caused by the Afanc (Welsh pronunciation: [ˈavaŋk], sometimes also called Addanc, [ˈaðaŋk].)

The Afanc is a legendary Welsh water monster, likened, some have said, to the Loch Ness Monster, with many sightings throughout history.

According to Criptidz Wiki, The Afanc is a specifically a lake monster. It’s looks like a crocodile, a demon and a beaver hybrid. The lake where it lives also varies according to who is telling the story.

It is variously said to live in Llyn Llion, or Llyn Barfog, near Brynberian Bridge or in Llyn yr Afanc, which is a lake near Betws-y-Coed, and is named after the creature.

It is a gigantic beast who, when angered, is strong enough to crush the banks of the lake..,causing the floods.

Many attempts had been made to kill him, in the past, but it always seemed that his hide was too tough and no spear, arrow or other man-made weapon could pierce it.

Historic-uk.com further explains that the wise men of the valley held a meeting one night and decided that if sheer force wouldn’t work to stop the Afanc then he must be enticed out of his habitat to be taken to a lake far away beyond the mountains. The lake chosen to be the Afanc’s new home was Llyn Ffynnon Las, under the dark imposing shadow of Mount Snowdon.

Preparations started right away: the finest blacksmith in the land forged the strongest iron chains that would bind and secure the Afanc, and they sent for the famous Hu Gardan and his two long-horned oxen – the mightiest oxen in Wales – to come to Betws-y-coed. 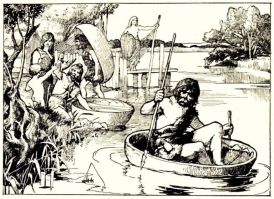 According to Welsh Legend, “Hu Gadarn was a legendary leader of the Cymry people who left their original homeland to settle on the island of Britain, in antiquity. According to some very ancient traditions, the Cymry lived in another land they called the Summer Country of Deffrobani. The location of Deffrobani is uncertain with some accounts saying it was in the area of present day Istanbul, others point to the Middle East, while others claim Sri Lanka. Nevertheless, the legends say that among the Cymry, a wise and great leader appeared, whom they called Hu Gadarn, or Hu the Mighty.”

Now, one problem according to historic-uk was how to coax the Afanc out of the lake, and how to bind him with chains and then hitch him to the oxen to be moved to his new home?
It appeared that the Afanc, like many other ugly monsters, was very partial to one lovely maiden. She was the daughter of a local farmer, who was brave enough to volunteer for the quest.
The girl approached the Afanc’s lake while her father and the rest of the men remained hidden a short distance away. Standing on the shore she called softly to him, and the waters began to heave and churn, and through it appeared the huge head of the monster.

Although she was tempted to turn and run, the girl bravely stood her ground and, gazing fearlessly into the monsters green-black eyes, began to sing a gentle Welsh lullaby.
Slowly the massive body of the Afanc crawled out of the lake towards the girl.

So sweet was the song, that the Afanc’s head sank slowly to the ground in sweet slumber.

The girl signalled to her father, and he and the rest of the men emerged from their hiding places and set about binding the Afanc with the forged iron chains.

They had only just finished their task when the Afanc awoke, and with a roar of fury at being tricked, slid himself back into the lake. Fortunately the chains were long and a few of the men had been quick enough to hitch them onto the mighty oxen. The oxen braced their muscles and began to pull. Slowly, the Afanc was dragged out of the water, but it took the strength of Hu Gardan’s oxen and every available man in attendance.

They dragged him up the Lledr valley, and then headed north-west toward Llyn Ffynnon Las (Lake of the Blue Fountain). On the way up a steep mountain one of the oxen was pulling so hard that it strained itself and lost an eye – it popped out and the tears the oxen shed formed Pwll Llygad yr Ych, (Pool of the Ox’s Eye).
The mighty oxen struggled on until they reached Llyn Ffynnon Las, close to the summit of Snowdon. There the chains of the Afanc were loosened, and with a roar, the monster leapt straight into the deep blue water that was to become his new home. Encased within the sturdy rock banks of the lake he remains trapped there forever. 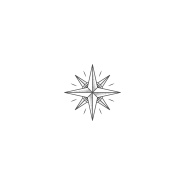 The young maiden whom the Afanc fancied, was beautiful. He had left the lake for her, because he loved her. He had been watching her for ages and knew her voice, her scent and her laugh.

The young girl felt, of course that she had deceived him, and wronged him. She felt sorry for what she had done.

She followed close by the oxen in taking the Afanc to Llyn Ffynnon Las, close to the summit of Mount Snowdon. It was there that she chose to live and she visited him each day. She cooked him his favorite meals and sang him his favorite songs. It was she who ultimately tamed the beast.

He caused no more trouble then and there were no more floods. The livestock and the crops were all safe.

That is, until one fateful day, a young farmer boy moved into the area. It was so remote, but they were there on special assignment. The farmer boy’s father was researching the mountains of Snowdon.

The young girl and the farmer boy were almost the same age and had began spending much time together and so she visited the Afanc less and less. Suddenly, the area was flooding, and there was much devastation and ruin. The Afanc visited the young woman one night…surprised her…

If you find this article fun and interesting and you decide to expand on this story-let me know how this story continues in the comment section below, and as usual…happy writing!

7 thoughts on “Mythical Creature, ‘the Afanc,’ a Welsh lake monster- with writing prompt”

@lacremehouston Thank you for hand crafting these amazing onsie cupcakes for my friend’s newborn little girl! They are beautiful! ❤️
@lacremehouston - love the packaging for my sister-in-law’s onsie cupcakes! Thank you SO much! 🧁
Thank you to Gaby @lacremehouston for this amazing diaper cake. What a talented and creative friend you are! I truly appreciate you!
A feel good Easter story- https://arjungwriter.com/2019/04/16/the-wolpertinger-code-a-feel-good-easter-short-story/ #writingcommunity
"Easter Fairies help with the baskets." -Anonymous Child -Read The Easter Sleuth https://arjungwriter.com/2019/03/31/the-easter-sleuth-a-short-story/ 🧚🏽‍♀️🐇🐰🥚📘
A Velveteen Rabbit Retelling- just in time for Easter! Ages 8-12. Pick yours up today! http://tinyurl.com/yyl25zmc