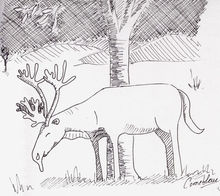 According to Cryptid Wiki, the Achlis is a creature mentioned in Roman mythology by Pliny the Elder in the 1st century. He described the beast, as looking somewhat like an elk, but had one very strange characteristic.

The Achli is said to have an upper lip that was so large it had to graze backwards to avoid its lip falling over its mouth. This was a huge problem because its back legs had no joints.

Another strange characteristic of the Achlis’s physiology, is that it is forced to sleep standing up. It would also lean against a tree while resting. This allowed hunters to easily catch them. The hunters could chop halfway through the tree where the creature slept and then when the Achlis put any weight on it, it fell onto the ground. Because of its back legs, it could not get to its feet fast enough to get away. Poor Achlis!

Since there is not a lot of literature on this creature, I would like to assign a few more characteristics to it, so that this writing prompt may be a bit easier to imagine.

The Achlis cannot be killed for it’s meat. When hunters see the Achlis “sleeping,” as the legend goes, they obviously try to kill, this magnificent, highly intelligent creature. It shapeshifts then and “catches,” the hunter instead. The Hunter is in the Achlis’s lair before he even knows what to do or can even think to fight back.

If you find this prompt fun and interesting and decide to expand on it- let me know how this story ends in the comment section below, and as usual…happy writing! 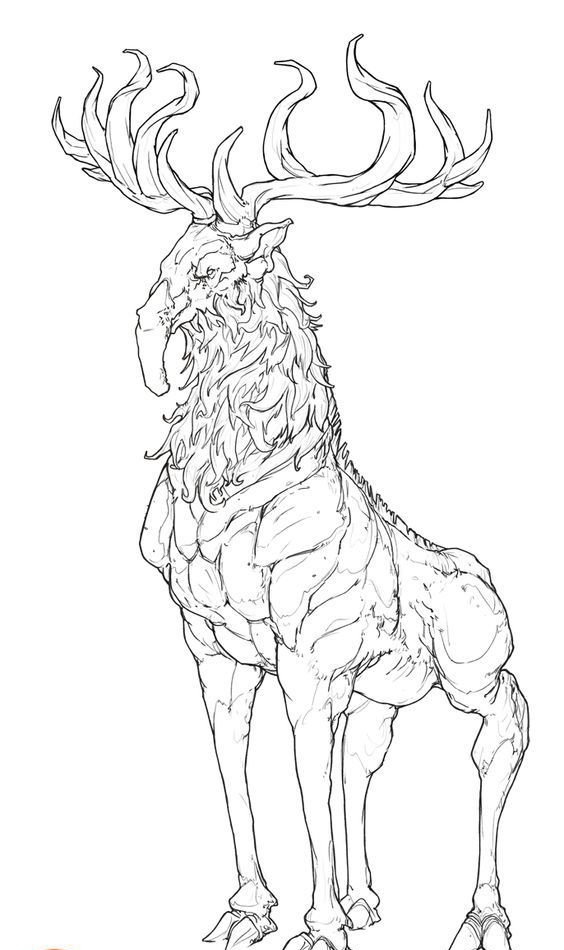