According to Wikipedia, the Abaia is a huge, magical eel found in Melanesian mythology. Melanesian mythology is the folklore, myths and religion of Melanesia — the archipelagos of New Guinea, the Torres Strait Islands, the Admiralty Islands, Solomon Islands, New Caledonia and Vanuatu. Here is The Mythology of All Races, by Louis Herbert Gray who wrote an account of the region first published in 1918. 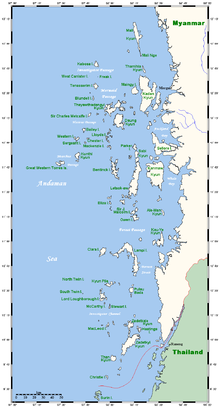 Since the early 1900’s, the region has developed new cults and legends as a result of exposure to western civilizations and their missionaries. These include the cargo cults in which the natives attempt to restore the supply of material goods which were a side-effect of the campaigning in this region during the Pacific War.

According to Melanesian mythology the Abaia is a type of large eel which dwells at the bottom of freshwater lakes in the Fiji, Solomon and Vanuatu Islands. The Abaia is said to consider all creatures in the lake its children and protects them furiously against anyone who would harm or disturb them. It is said that those who are foolish enough to try to catch the fish from a lake containing the Abaia are immediately overwhelmed by a large wave caused by the thrashing of the Abaia’s powerful tail.

Another version of the legend states that if someone were to harm a creature living in the Abaia’s home, the Abaia would cause a great rain storm flooding the land and drowning all of those who had caused them harm. One example of this ability is illustrated in the following story:

One day a man discovered a lake in which were many fish, and at the bottom of the lake lived a magic eel, but the man knew it not. He caught many fish and returned the next day with the people of his village whom he had told of his discovery, and they also were very successful, while one woman even laid hold of the great eel, Abaia, who dwelt in the depths of the lake, though he escaped her. Now Abaia was angry that his fish had been caught and that he himself had been seized, so he caused a great rain to fall that night, and the waters of the lake also rose, and all the people were drowned except an old woman who had not eaten of the fish and who saved herself in a tree.

Although it would seem that the magical powers of the Abaia are the byproduct of human imagination and its fear of the unknown, it has been suggested that the Abaia legend may have stemmed from encounters with an actual undiscovered species of giant eel living at the bottom of these remote lakes.

In The Book of the New Sun, by Gene Wolfe, Abaia is a gigantic sea creature who has conquered at least one land country. 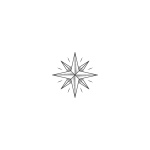 According to the legend of the Abaia, the eel gets angry if fish or other creatures are caught from his freshwater lair. I would like to suggest that perhaps the only way a person could get away with studying the Abaia without catching him and subsequently dying a horrible death would be to dive down with oxygen and get to know him.

**You are a scientist and have made significant headway in getting to know this gigantic species of eel which, in studying him, you find it is a gateway to the prehistoric. One beautiful summers day everything changes, because the Abaia isn’t completely a manifestation of this realm. His master, isn’t happy that the Abaia has befriended a human and becomes hellbent on destroying you. In the subsequent chase to get to the surface and escape the clutches of the Abaia’s master, you manage to scrape some of the Abaia’s DNA under your nails. In studying the Abaia’s DNA- what do you find?

If you find this fun and interesting and decide to expand on this story-let me know how this story continues in the comment section below, and as usual…happy writing!

8 thoughts on “Mythical Creature – Abaia, a large freshwater EEL from the Archipelagos of New Guinea – with writing prompt”